The portal frame light-weight building steel structure is most widely used in the building steel structure system, such as single-storey industrial factory buildings, warehouses, trading markets, public buildings, etc. The new code GB51022-2015, approved and promulgated by China Association for Standardization of Engineering Construction, is an important basis for guiding design and construction.

When customers choose such steel structure housing, they must first determine its main structural form and set the framework for the whole house. The steel structure of light-weight buildings with portal frame has single span, multi-span, single slope, double slope, whether there is crane, etc. Different structural forms mainly meet the needs of building functions, the magnitude of the action load and the action status. And how to deal with the problems of drainage and snow accumulation in use. 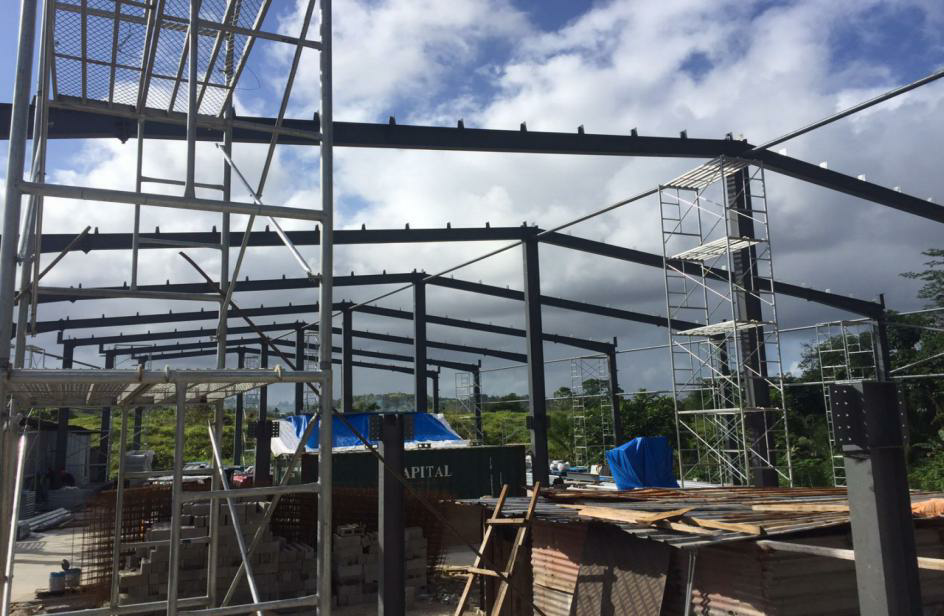 The components of the support system include tie bars, corner braces, braces, transverse (longitudinal) supports, and inter-column supports ... They work together to form the overall stiffness of the structure. The support system bears and transmits the horizontal wind load, earthquake action, longitudinal horizontal braking force and temperature stress of the gable, transmits the horizontal load to the foundation, and the rigid frame column beam is reliably supported out of the plane.

The purlin system attached to the main structure is a structure that supports and fixes the roof and wall enclosure.

According to the usage position, it is divided into roof system and wall system. Roofing needs to consider the weight of maintenance board, dead weight, hanging weight, wind and snow load and construction load. The wall surface shall consider whether to hang wall panels and wind loads (wind pressure and wind suction). The specification and spacing of purlins shall be determined by combining the positions of doors and windows and water tanks. Code for Design of Cold-Formed Thin-Walled Steel Structures GB 50018-2002 instructs us to carry out purlin system construction.

The components of purlin system are trivial, and the construction is often weak in tension and loose in bolts, which is useless. Causes the purlin system unstable quality hidden danger. Only when the section of section steel is reasonable and the support connection is reasonable can the maintenance part really play a role.